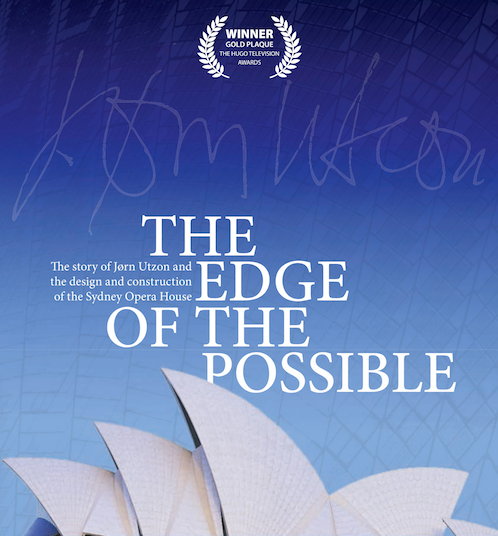 Daryl Delora's documentary unpacks the history of the building of the Sydney Opera House, an astonishing architectural achievement, but one with a sadly flawed outcome. While architect Jorn Utzon's vison for the exterior shape of the building was realised, his stunning designs for its interior were dropped by the NSW Government in favour of a more conventional approach. This triggered Utzon's resignation from the project and his departure from Australia, never to return. And it meant that the Opera House remains incapable of staging grand opera, such as Aida, because of choices that were made at that time.

The webinar on 17 October, following a viewing of the film, laid out the story behind its production, including the challenge of gaining an on-amera interview with the reclusive Utzon himself. The discussion compared Utzon's experience with that of Walter Burley Griffin in designing Canberra, another architect who walked away from his project when he could no longer accept the level of bureaucratic interference with his plans. Among other things, the webinar considered whether this kind of resistance to visionary ideas said something about Australian culture.  If you weren't part of the discussion, it's still a question you can ponder by watching the webinar recording, now available on the Friends website.

During the long Covid-19 lockdown, which forced us to cancel "live" events, we've learned a great deal about the possibilities of webinar discussion, which has the advantage of being without geographic limitations - we've even had participants logging in from overseas. And unlike live events, we can capture them for later reference. They'll continue alongside more traditional events in future


The Edge of the Possible is available to be streamed any time prior to the Q&A at the following sites:

Or from Kanopy for free if you are a member of a local library:

Utzon, was awarded the first prize in a competition to design an Opera House for Sydney in 1957, he flew to Australia to begin work on the construction of the greatest building Australia has ever seen and, indeed, one of the finest achievements of modern architecture. Utzon was forced from the project in 1966 and never returned to Australia. What defeated him in the end was politics. His triumph came with the 2007 World Heritage Listing of the building “as a work of human creative genius” and one of the 20th century’s greatest buildings. This film charts the dramatic course of the creation of a masterpiece and includes a rare interview with Jørn Utzon as he reflects on his role in the compelling story of the conception and construction of the Sydney Opera House.

The Edge of the Possible

“A fascinating examination of the design of the Opera House as well as the politics of the time.”
Critical Response

“This excellent documentary…illuminating stuff”
The Australian

“The Edge of the Possible is something you should try not to miss…This film by Daryl Dellora and Sue Maslin provides many fine images of Bennelong Point. The coup is the long interview with Utzon…Of chief interest here are the detailed models of (Utzon’s never realised) interiors…They have not been seen on television before and are breathtaking.”
The Sydney Morning Herald