FUNNY THINGS HAPPEN DOWN UNDER (1965) - Film, followed by webinar on Sunday 28 November at 2pm

This light hearted musical comedy, featuring Olivia Newton-John and set in the Australian countryside, is still a breath of fresh air! It was actually made by a New Zealand-based company, Pacific Films, and prophetically it exudes an optimism for better days to come. The teenage singing star makes her first venture into the movies, and shares the limelight with the "Terrible Ten" and Maori singer Howard Morrison. Music is from the irrepressible Horrie Dargie Quintet, and a flock of multi-coloured sheep complete the dramatis personae. It is enough to get you intrigued!

Historically, the film comes at a turning point for the Australian film industry.  It was made after the creation of the children's series The Terrific Adventures of the Terrible Ten, and the "gang" from the series provide the basic cast for the film, so there was already audience familiarity with the characters.  It pre-dated the release of They're a Weird Mob the following year, which fed on the same family audience, and presaged the re-establishment of regular feature film production in Australia. From this point on, a range of local feature films - such as You Can't See Around Corners, 2000 Weeks, The Naked Bunyip, Jack and Jill: a Postscript, Skippy and the Intruders  - start to appear with regularity. They are disparate, but deal with an emerging understanding of Australian culture and society. They lead us into the feature film "renaissance" of the 1970s and thereafter.

You're invited to view the film beforehand, and then join in the webinar, coordinated by film critic Peter Krausz, which will discuss the making of  Funny Things Happen Down Under, the audience it attracted and whether it led to more films for children as a prime audience. It will also look generally at the pre-renaissance years of 1965 to 1971 and the films which defined a re-emerging industry, finding its stride again after two decades of sporadic production.

To join the webinar on 28 November at: BOOK FREE HERE 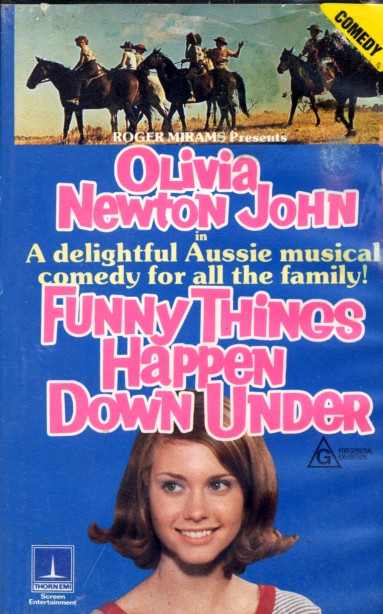