This is the only feature film ever to be both shot in Canberra and financed by Canberra investors. It was one  of many hopeful productions that aimed to re-start the then moribund Australian feature film industry. It is evocative of its time - living in the 70s! - and an era of protest movements. It captures the look and feel of a smaller, younger Canberra, and in its crowd scenes it features a significant slice of Canberra's population.

Last February, pre-covid, the Friends presented the film to a turn-away crowd at the NFSA. For those who missed out, we promised a repeat presentation, and here it is - on line, and with the added bonus of a Zoom webinar featuring film critic Peter Krausz and film industry leader Anthony Buckley AM - who was the editor of DEMONSTRATOR!

The event is free.

Technical note:  This digital copy has been scanned from a 16mm print held by the NFSA and some signs of wear will be apparent. It is in standard screen ratio (1.33 to 1) rather than the wide screen ratio (1.85 to 1) in which it would have been projected on its original theatrical release. 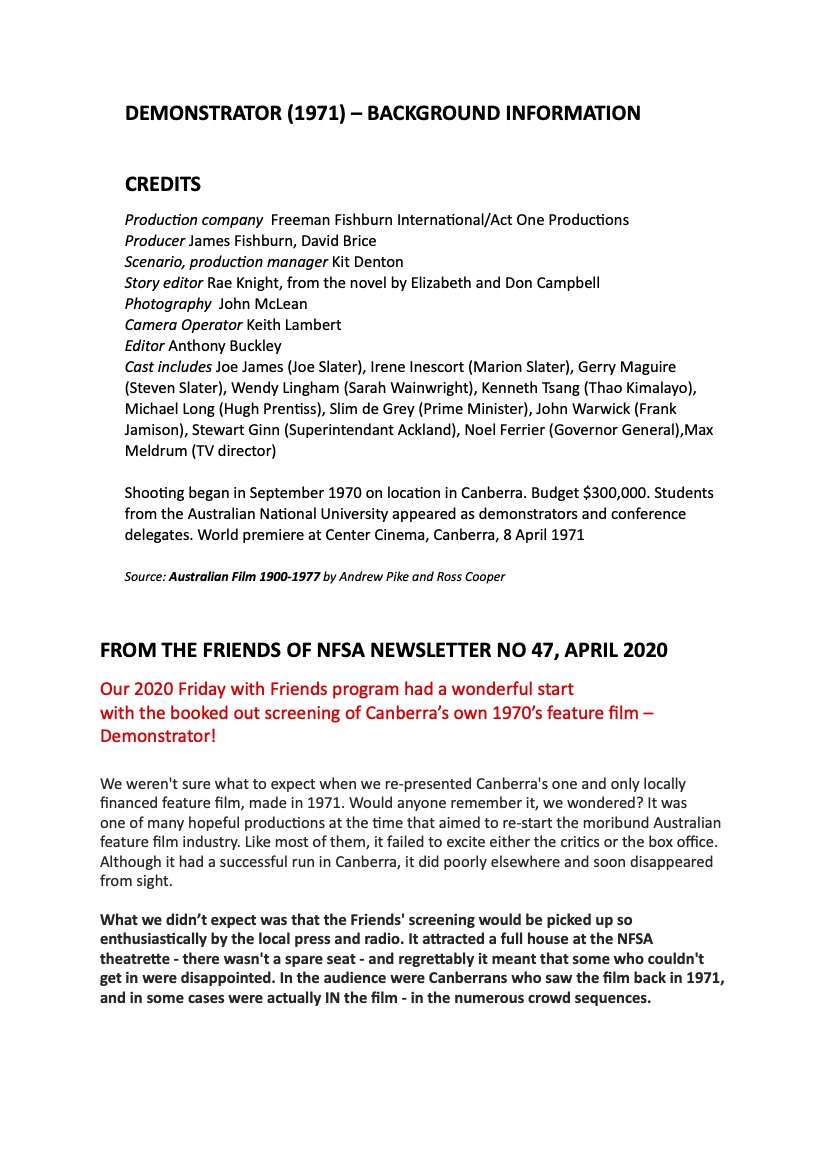