The Salvation Army’s role in the history of cinematography in Australia is outstanding. Its epic Soldiers of the Cross was shown in 1900, and in 1901 the Army was commissioned to record the birth of the Australian Commonwealth on film.

JOIN US for a tour of the historic Salvation Army Museum and Limelight Studios built on the roof of the Salvation Army’s heritage building. The remnant studios are the oldest surviving film studios from the beginnings of film production in Australia.

WHERE: 69 Bourke Street, Melbourne (opposite Pellegrini’s).  Meet outside the building ten minutes early.  You will have to be accompanied inside by curator Lindsay Cox.

BOOKING:   Email to melfriendsnfsa@gmail.com, indicating your preference for Tuesday or Sunday by Monday 23 May.

NOTE:  The Melfriendsnfsa were delighted with the number of expressions of interest in these tours shown by our supporters – some time ago, before Covid forced cancellation of our plans.  We are asking all those still interested to let us know by email, and we’ll look forward to seeing you in June.  Don’t be late on the day, or you’ll miss out! 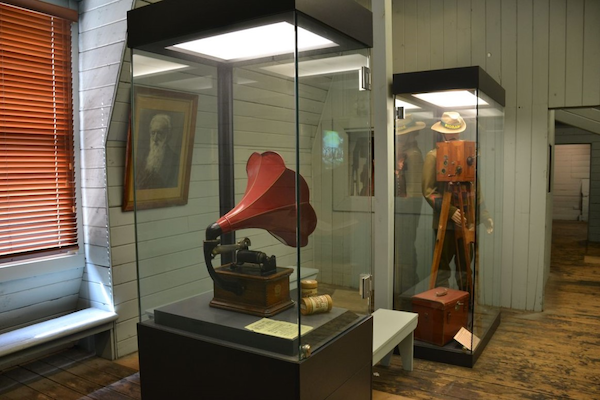